7 Essential Money Questions Sure to Start a Conversation. 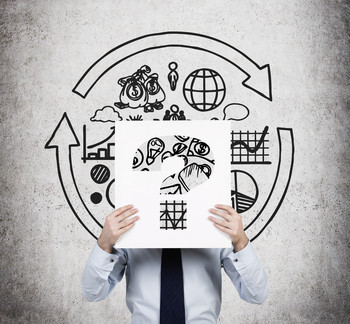 It’s the season of the long hike, the slow beach stroll, the idle time when you can finally just talk and think for at least a little while. Even though vacations look a lot different this summer, there are ways to escape our new daily routines.

No time like the present, then, to put a few big, searching money questions on the table.

What follows are the seven best queries that I could find that tend to stop people cold and get them to open up about whatever money they have and the emotions that wrap themselves around their personal finances.

You won’t find much about investments below, as it’s easy enough nowadays to put your retirement money in a target-date fund that automates everything or sign up for a cheap bit of software to spread your savings over a collection of index funds.

Instead, the focus here is on family, feelings and the often-unknowable future that we have to plan for, nevertheless. Scoop out some ice cream or pour an adult beverage and take them in order.

What lessons about money did you learn from your parents?

I use this one when counseling my own friends and family for two reasons. First, it can help get at self-imposed guilt. Are you determined to maintain a certain social class or climb a rung up the ladder because you’ll feel less successful in your parents’ eyes if you don’t? Are you unhappy in a white-collar career because your parents worked so hard to send you to college and you can’t bring yourself to quit? If your children don’t go to a school as good as yours was, do you worry that you’re failing them somehow?

Also, it’s crucial to be explicit with yourself and your spouse, if you have one, about how or whether your parents are role models. What specifically did they teach you that has helped? And how, in their silence about some aspects of money, could they have failed you?

What does the word “money” conjure up for you?

This bit of word association may seem elementary, but its power hit home for Peg Eddy, a financial planner when a client responded with the word “food.”

The client’s mother was an alcoholic, and their food stamps ran out each month, so she started working at age 11 and grew up to be a successful academic. Because of that history, it took a lot of work and conversation before she was willing to spend money on things she could easily afford. Ms. Eddy described a sort of victorious moment when she got a call one day from the client asking her to come outside and see her new car.

Other common responses to the question include security, freedom, reward and burden. One particularly honest person answered Ms. Eddy with the word “control.”

How many children would you like to have when you retire?

Credit for this brain-twister goes to Derek Tharp, a financial planner, who said he drew heavy inspiration from a book called “Selfish Reasons to Have More Kids,” by the economist Bryan Caplan.

Mr. Tharp said the younger couples he counseled often thought too hard about the financial cost of children in the short term and the amount of attention that younger ones needed. He encourages them to more carefully consider their future selves, the ones who will want to improve the odds of being surrounded by grandchildren — and having adult children who may be able to help in their old age.

For the record, Mr. Tharp has no children, but he has not been married for long and expects that the family dog, Eli, will not be the last living being that he and his wife will care for.

How do you think your children feel about that?

Sometimes, the people who call in Julie Ford, a financial planner, to help them are in some degree of financial distress. If they have children, Ms. Ford says she asks them this question, knowing full well that parental anxiety has certainly rubbed off on the children as well.

Invoking the little people, she finds, often gets adults to be more honest and vulnerable. “I also try to give them ideas on how to involve kids in money conversations,” she said. “If they need to make big budget cuts or vacations will look different going forward, kids can handle it. It can be a teachable moment, and that may be a bit of a positive aspect.”

Tell me about your financial situation when you first met.

When Ted S. Halpern, a financial planner, feels tension brewing when he talks to couples, he hits them with this storytelling opportunity. “It goes from a tighter face to a glimmer in their eye,” he said. “And they look at each other and realize that, yes, they do still love each other.”

With one set of clients, they recalled their first date in a Honda Civic with a busted back seat and manually controlled windows. So he asked a follow-up: Imagine if I could have offered you a deal back then where 20 years later, you would be married with healthy children and your own business with your current income. Would you have signed that contract?

The wife leaned forward. “In blood,” she said.

People usually respond in the affirmative, Mr. Halpern said. And it helps remind them of a larger point, if they are bickering over where to cut back on spending. They are arguing over something that they already have.

What are the most important things in your life?

Kevin M. Reardon, a financial planner, has tried several leading, searching questions over the years, including the three that George Kinder, who has trained many planners, suggests. How would you live your life differently if you were completely secure financially? What would you change if you knew you only had five to 10 years left to live? And what would you regret if you knew you would die tomorrow?

Mr. Reardon eventually settled on this more basic question, which doesn’t immediately suggest anything related to money. “But if you get to the why and what motivates someone, everything else just fills in from there,” he said. That means using the answer and working backward to set financial goals around these matters of great importance.

What does the prospect of retirement look like to you?

Many of us thought we knew what that word meant once upon a time, and some of us still do. Financial independence. Not having to work at a job to survive. Travel. A particular age spans.

Twice, however, Rick Kahler, a financial planner, has heard the following answer: I die.

One client who said this, a physician, had some empirical proof that this would be his fate, since all of his male relatives had dropped dead within a year or two of the day they stopped working.

Mr. Kahler says he helped bring him around to a big-tent description that is slightly more optimistic: Retirement means doing what I want, when I want, with whom I want. Once we figure that out, a successful retirement is just a matter of filling in the activity calendar and inviting others along.